“It’s About the Work”: An NPHC Growth Story

Nnaemeka (Nnaem/Nem) and I met at the Undergraduate Interfraternity Institute in summer 2018 over several games of pickup basketball, and his different approach to growing his chapter stuck with me. While I worked in recruiting professionally, Nem was part of a National Pan-Hellenic Council (NPHC) organization—Alpha Phi Alpha Fraternity, Inc. at Ohio State—and was the only active member of his chapter at the time. We knew we had a lot to learn from each other, and we stayed connected. The below conversation was recorded two years later, in June 2020.

Our conversation was inspired by a challenge: how can we see the word “growth” differently by learning from each other’s fraternity experience? 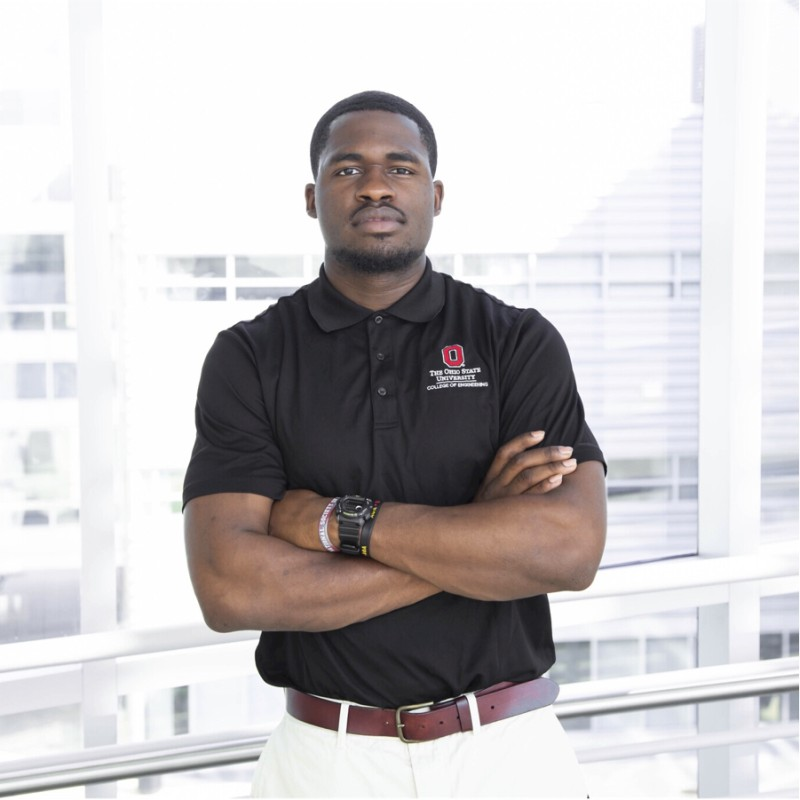 Matt: So of course I’m coming from the professional growth side. At Phired Up, we’ve been concerned for a long time about how little our audience knows about us BEFORE they’re eligible to join. So let’s start there. What did you know about fraternities coming into college?

Nem: It wasn’t on my radar. I was big on sports, I was gonna play sports and be a doctor – that’s it. I didn’t think about Greek Life at all. (Pause) Well, a little. My twin brother is a big MLK fan. He researched that he was a part of Alpha Phi Alpha. It didn’t mean much to me at the time, but my brother began pursuing it at Ball State.

Matt: OK, so you at least knew what it was. Many people find out, and then have no human attracting them to the organization from there. So how did you meet the members?

Nem: I just started getting involved on campus which was my plan anyway, the main step was participating in the Alpha’s Homecoming pageant. In hindsight, the Brother’s did organize it so I guess that should’ve sparked my interest. I wasn’t paying attention at all and honestly & didn’t realize they were a part of the same organization outside of the pageant.

Matt: So now there’s a relationship. As an IFC fraternity man this is where I tell our men to build off that and ask them to join. I know it’s very different in your world. What was next?

Nem: My twin brother was pushing me to look into it, as he was at Ball State. So I knew from his experience that they weren’t going to recruit me. I knew I had to reach out to them, because my brother told me. So, I hit them up and told them I was interested.

Matt: That’s a huge moment. Wow. And you got lucky because your twin brother happened to know the steps. Is that fair to say?

Nem: I came in pretty blind. The chapter had a lot of campus leaders which was great. It felt like a way to elevate my platform, as I do this I can emphasize things that I feel matter more. I knew I had to hit them up. But if I didn’t know that, I may have missed out on the experience.

Matt: That moment when you said, “I hit them up.” That feels like the moment we want for everyone interested in NPHC. And I know there are plenty of NPHC members who wish more people would reach out to their organization. What would you say to encourage them?

Nem: You have to get out in front of people. If they can’t find you they won’t know how to approach you. Be at events on campus; it’s not all their fault for never expressing interest if they don’t know you by name because you aren’t doing work on campus. You have to be visible and you have to be open to a degree. Some people are intimidated to start a relationship with you. We forget that. When you allow for that relationship, it’s easier for them to start the conversation about joining.

Matt: There was a point soon after you joined, where you were suddenly basically all by yourself. Tell me more about that.

Nem: When I came in we had 13 members total. They graduated right away or were so focused on graduating so that it basically was just me active after a year. And that was a problem because I have an issue with taking a lot more responsibility than I need to; I’m terrible at delegating. I was working three jobs, one was almost all overnight shifts, and I did not get a lot of sleep. This was all while being in the chapter essentially by myself.

When talking to men who were interested in my organization, I had to be fully up front. What I liked and didn’t like. I had to be honest about the workload too. I was doing a lot, and whoever joined was going to fill their plate up fast too. I was pleasantly surprised how well the conversations went when I was that honest with them.

The benefits are huge but you work for all of them. I think a lot of people join orgs and their persona changes. You have to remain true to yourself. That consistency was big for me as we worked to build the chapter back up.

Matt: So say a group takes your story, your challenge to heart. They start growing to be larger than they dreamed of. I know people will start saying it’s “too large”. Is that real?

Nem: It’s about close, tight bonds. When you’re trying to keep quality up then the closeness of members is more important than any number. We focus on people who have aspirations of being on the e-board of organizations, in other words exceptional leaders. That’s always going to keep us different and make it harder to be a really large chapter, but not impossible. And always, if you don’t want to join, I‘m not never going to force you to.

Matt: So how do we help people want it more? Because then more people benefit from the gift of an NPHC org, right?

Nem: The big way to make people want to want it is doing good work yourself. Doing things actively on campus and doing them well. You need to make meaningful work both fun and effective at the same time. We need leaders who are present and more vocal. If my brothers weren’t present at that pageant I probably would not be here. It’s about the work.

Matt: The work feels more needed than ever now.

Nem: If you want to be about the mission your organization was for, you have to speak out for that. Why are you in this organization that’s about growth in Black communities if you’re not going to be a part of what’s going on in the world and within our communities?

Matt: I’m getting lots of advice from people who want to educate me, help me understand. What advice would you give to people who are already educated, or already lived through painful experiences?

Nem: If you’re just fighting everyone, then you’re not going to be happy even when you get where you want to go. Having this all happening during an era where people are face to face less and less, that’s not helping us understand each other in an ideal fashion.

Some people don’t want to grow, which is frustrating, but you can’t allow that to stop you from continuing to grow yourself. If someone genuinely wants to learn, you can’t knock them for making a mistake.

Matt: As always, talking to you is so impactful and so helpful. Tell us a little about what’s next for you.

Nem: Currently, I’m starting my last semester before I obtain my bachelor’s degree in Materials Science & Engineering. I still have a few leadership positions on campus, being a Lead Ambassador in the Bell Center at Ohio State (support center for Black males at OSU) and the President (again) at Kappa Chapter are my big commitments currently. I have also been a part of the creation of a new brand, Social Introvert, where we hope to highlight the unique ability many of us have to be extremely social, especially in these times of highlighted social media, while staying true to our introvert at heart. I have been fortunate to have what I believe to be a great network that includes both Alpha and the NPHC. In the future I hope to spread my brand in these circles as a way of expression but also to do meaningful work in communities.